The contrast between the implication of each of these words is momentous.  At first glance, both words have a positive connotation.  However, within the context of motives and relationship, they differ substantially.

In Definition Three, we see the word ‘conciliatory’, the adjective form of the verb, ‘conciliate’, which means:

Finally, to ‘please’ is:

We are prone to be appeasers.  Feelings of guilt over wrong behavior, inferiority, or the perception that we are cornered by another, drive us to fulfill another’s wishes.  Fulfilling the wishes of another is not the focal issue, however; our driving motivation behind fulfilling those wishes is the crux.  The appeaser’s compliance is involuntary…compulsory, conditioned, obligatory…ultimately burdensome.  Appeasing feeds apprehension, misrepresentation, uncertainty, and instability within a relationship…as if we are “walking on eggshells”.  There cannot be a healthy, satisfying relationship with another when we are merely appeasing.  If you’ve ever heard anyone describe another as “the old ball and chain”, that person is living a life of appeasing instead of pleasing the person about whom he/she is referring.

What does God have to say about ‘appeasing’ versus ‘pleasing’?  In Exodus 20:1-17, God clearly communicated His stipulations and how His people could please Him.  Later, Jesus captured God’s desires in a condensed version:

Stipulations, expectations, boundaries…we all have them when it comes to our most intimate relationships…that internal ‘checklist’ of how the other person needs to conduct themselves if they are ‘all in’ and want to please us.  God is no different.

“Hear, O heavens, and give ear, O earth!  For the LORD has spoken:  ‘I have nourished and brought up children, and they have rebelled against Me.  The ox knows it’s owner and the donkey it’s master’s crib; but Israel does not know, my people do not consider.  Alas, sinful nation, a people laden with iniquity, a brood of evildoers, children who are corrupters!…To what purpose is the multitude of your sacrifices to Me’? says the Lord.  ‘I have had enough of burnt offerings of rams and the fat of fed cattle.  I do not delight in the blood of bulls, or of lambs or goats.  When you come to appear before Me, who has required this from your hand, to trample My courts?  Bring no more futile sacrifices; incense is an abomination to Me.  The New Moons, the Sabbaths, and the calling of assemblies—I cannot endure iniquity and the sacred meeting. Your New Moons and your appointed feasts My soul hates; they are a trouble to Me, I am weary of bearing them.  When you spread out your hands, I will hide My eyes from you.  Even though you make many prayers, I will not hear…”

King Saul is a classic, Biblical example of an appeaser.  He had so much potential to be used by God; however, Saul, on multiple occasions, performed the Lord’s work ‘his’ way instead of ‘His’ way.  In  I Samuel 15, Saul was commanded by the Lord to,

“Utterly destroy all that they [the Amalekites] have, and do not spare them.  But kill both man and woman, infant and nursing child, ox and sheep, camel and donkey.”

Saul obediently attacked the Amalekites, BUT

“…He took Agag king of the Amalekites alive, and utterly destroyed all the people…But Saul and the people spared Agag and the best of the sheep, the oxen, the fatlings, the lambs, and all that was good, and were unwilling to utterly destroy them.”

“Blessed are you of the Lord!  I have performed the commandment of the Lord.”

“What then is this bleating of the sheep in my ears, and the lowing of the oxen which I hear?”

“They [notice the willful exclusion of himself] have brought them from the Amalekites; for the people spared the best of the sheep and the oxen, to sacrifice to the Lord your God…”

Interesting that Saul chose to say “your God” instead of saying “my God”.  The appeaser is his own god.

Throw in a pinch of partial compliance, a heaping scoop of self-ambition, a small dose of sycophancy, and a hefty handful of deflection via finger-pointing.  Toss in a large portion of duplicity, and a cupful of ostensibly noble intentions…you now have the recipe for a classic appeaser.

“…Has the Lord as great delight in burnt offerings and sacrifices as in obeying the voice of the Lord?  Behold to obey is better than sacrifice, and to heed than the fat of rams.  For rebellion is as the sin of witchcraft, and stubbornness is as iniquity and idolatry…”

God wants His people to be ‘all in’…fully committed to doing His work, His way.  Appeasers are only ever partially committed to a relationship as long as they get to retain control.  Retaining control is top priority to an appeaser.  Manipulation and dishonesty are chief tools to ensure the appeaser gets to accomplish what he/she wants while ‘keeping the peace’.

If we are going to make ourselves truly vulnerable to someone, do we not desire for them to be fully, voluntarily, committed to us?  Are you into passion-starved, half-hearted, obligatory relationships?  No?  Then why do we presume that God is okay with anything less than ‘pleasing’?  Romans 12:1 informs us that “our reasonable service” is,

“…that you present your bodies a living sacrifice, holy, acceptable to God…”

We are human, though; we can’t always please God, right?  Yes, we do fall short.  There is a difference in how an ‘appeaser’ and a ‘pleaser’ respond when confronted with their sin.  Saul’s responses, to Samuel’s addressing Saul’s disobedience, involved elaborate excuses and finger-pointing:

“…When I saw that the people were scattered from me [others weren’t where they belonged], and that you did not come within the days appointed [Samuel arrived later than stated], and that the Philistines gathered together at Michmash [enemy appeared to be in attack-mode], then I said, ‘The Philistines will now come down on me at Gilgal, and I have not made supplication to the LORD’.  Therefore I felt compelled, and offered a burnt offering.” [I Samuel 13:11-12]

We already discussed Saul’s response to the second incident of disobedience above.  Due to Saul’s refusal to ‘own’ his disobedience and submit to doing God’s work, God’s way, God could no longer use him,

“…Because you have rejected the word of the Lord, He also has rejected you from being king.” [I Samuel 15:23b]

Let’s visit David’s response when he was confronted with his sin by the prophet, Nathan,

“…You have killed Uriah the Hittite with the sword; you have taken his wife to be your wife, and have killed him with the sword of the people of Ammon.  Now therefore, the sword shall never depart from your house, because you have despised Me, and have taken the wife of Uriah the Hittite to be your wife…So David said to Nathan, ‘I have sinned against the LORD’. [II Samuel 12:9b-10, 13]

No finger-pointing, no justifications, David owned his sin.  Psalms 51 captures David’s heartfelt repentance.  David acknowledged that God wanted to be ‘pleased’, not ‘appeased’,

“For you do not desire sacrifice, or else I would give it; You do not delight in burnt offering.  The sacrifices of God are a broken spirit, a broken and contrite heart—these, O God, You will not despise.” [Psalm 51:16-17]

Though there were recurring consequences within David’s family due to the severity of his sin, God was still able to use David for His glory and entrust David with His work.

Are you an ‘appeaser’ or a ‘pleaser’?  Take time to evaluate your relationship with the Lord.  Do you pick and choose which principles you want to obey in God’s Word and assume that God will overlook the times you choose to do things your way?  Christ addressed the Church at Laodicea in Revelation 3:15-16, 19,

“I know your works, that you are neither cold nor hot.  I could wish you were cold or hot.  So then, because you are lukewarm, and neither cold nor hot, I will vomit you out of my mouth…As many as I love, I rebuke and chasten.  Therefore be zealous and repent.”

‘Zealous’ means ardently active, devoted, or diligent.  ‘Zeal’ is the root word for ‘zealous’…fervor for a person, cause, or object; eager desire or endeavor; enthusiastic diligence; ardor.  We’ll please God when our hearts are ‘all in’.  He wants voluntarily, passionate, fully committed followers, doing His work His way.  Are you ‘all in’?  If not, then don’t align yourself with His name or say you love Him if your walk shows otherwise.  Own who you are and either get ‘all in’ or get ‘all out’.

This site uses Akismet to reduce spam. Learn how your comment data is processed.

“If we find ourselves with a desire that nothing in this world can satisfy, the most probable explanation is that we were made for another world.” 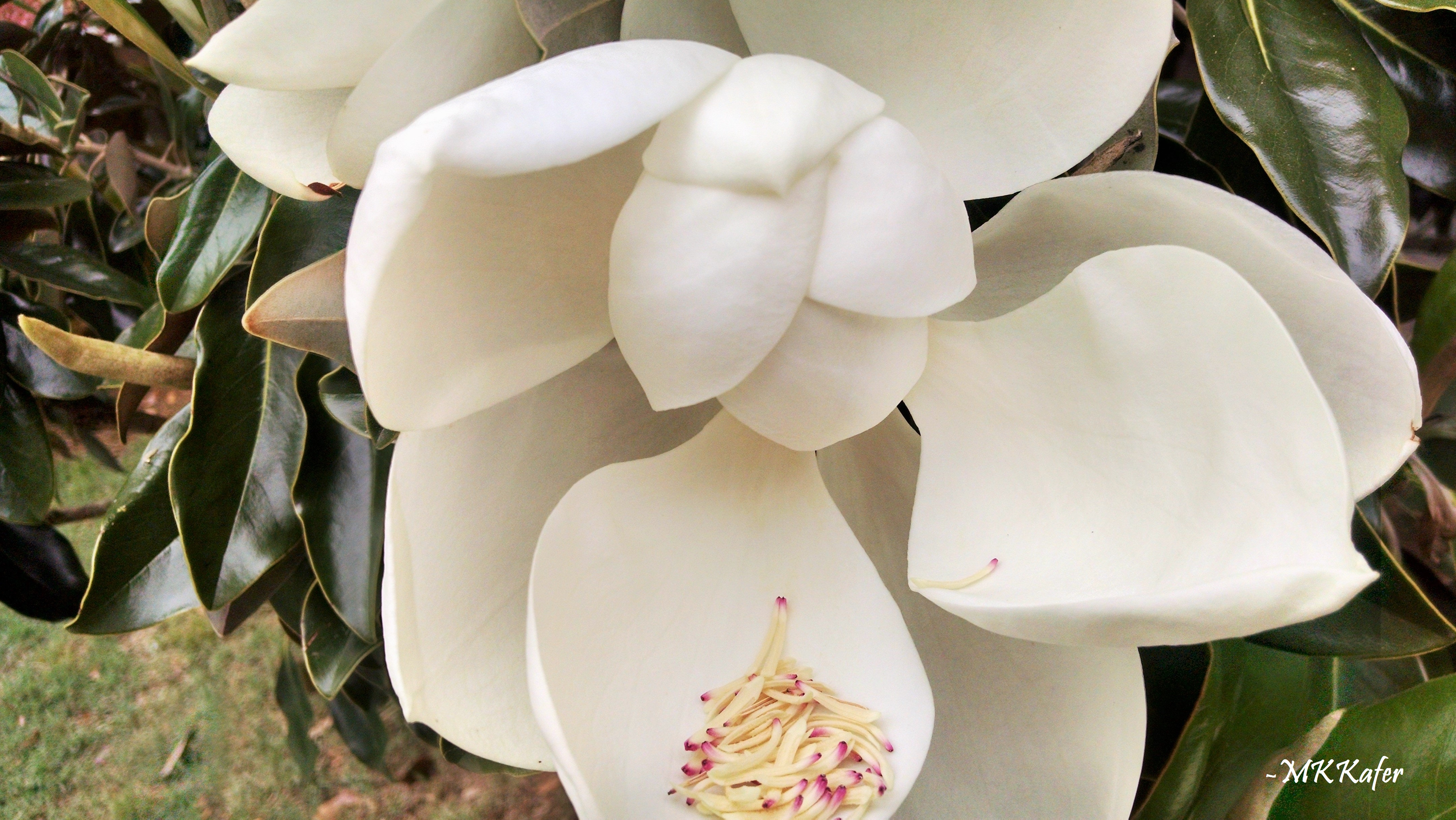 Unless otherwise indicated, all material and photography posted on this site ©2018 by Michelle Kelso Kafer